Almost all ground beef is contaminated enough to make you sick

A close look at ground beef reveals some pretty disturbing stuff, a Consumer Reports investigation found. Some 300 packages containing 458 pounds of ground beef were bought at stores of all kinds in 26 cities, and every single one contained fecal contamination.
That's more than just gross: It can cause serious illness when beef isn't cooked to the recommended 160 degrees Fahrenheit. Any meat can make you sick if not cooked properly, Consumer Reports notes, but ground beef is especially risky because cows raised on crowded feedlots tend to have manure on their skin, which contains bacteria that can end up in the meat during processing—and bacteria from one cow can end up mixed with that of many other cows.
The testing also revealed antibiotic-resistant "superbugs" in some of the meat, though they were a lot less prevalent in beef labeled "grass-fed organic," which tended to have less bacteria overall.
Experts advise consumers to buy sustainably raised beef when they can—and always make sure it's cooked all the way through. "Remember, when it's ground beef, you're taking it and grinding the bacteria from the surface of the beef into it," Consumer Reports' director for food safety tells CBS.
"So unlike a steak, you're really moving all that bacteria all around the beef. So it's especially important for ground beef, to cook it to 160 degrees to be absolutely safe." (Health officials say "cannibal sandwiches" are a very bad idea.)
This article originally appeared on Newser: Almost All Ground Beef Has Fecal Contamination
Posted by Mark at 6:34 PM No comments:

This season we are trying something new to grow on the farm.  We are growing some Spelt, which is a ancient wheat or grain.  We have two different types that we hope to harvest this summer (around July 4th) and use for a whole grain food product.  Some research indicates that the ancient grains do not bother folks with gluten allergies.  We hope to do some testing and see how it goes.  If you would like to try some of the grain let us know and we will work something out.  In the future we would like to provide several locally grown grains for our families. 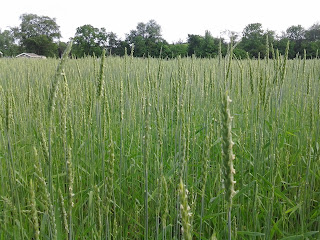 We have a good stand of grain this year and look forward to seeing the field golden yellow ready for harvest.  Follow back up with us to see more pictures!

Last week we had 2 calves . This is one of them. 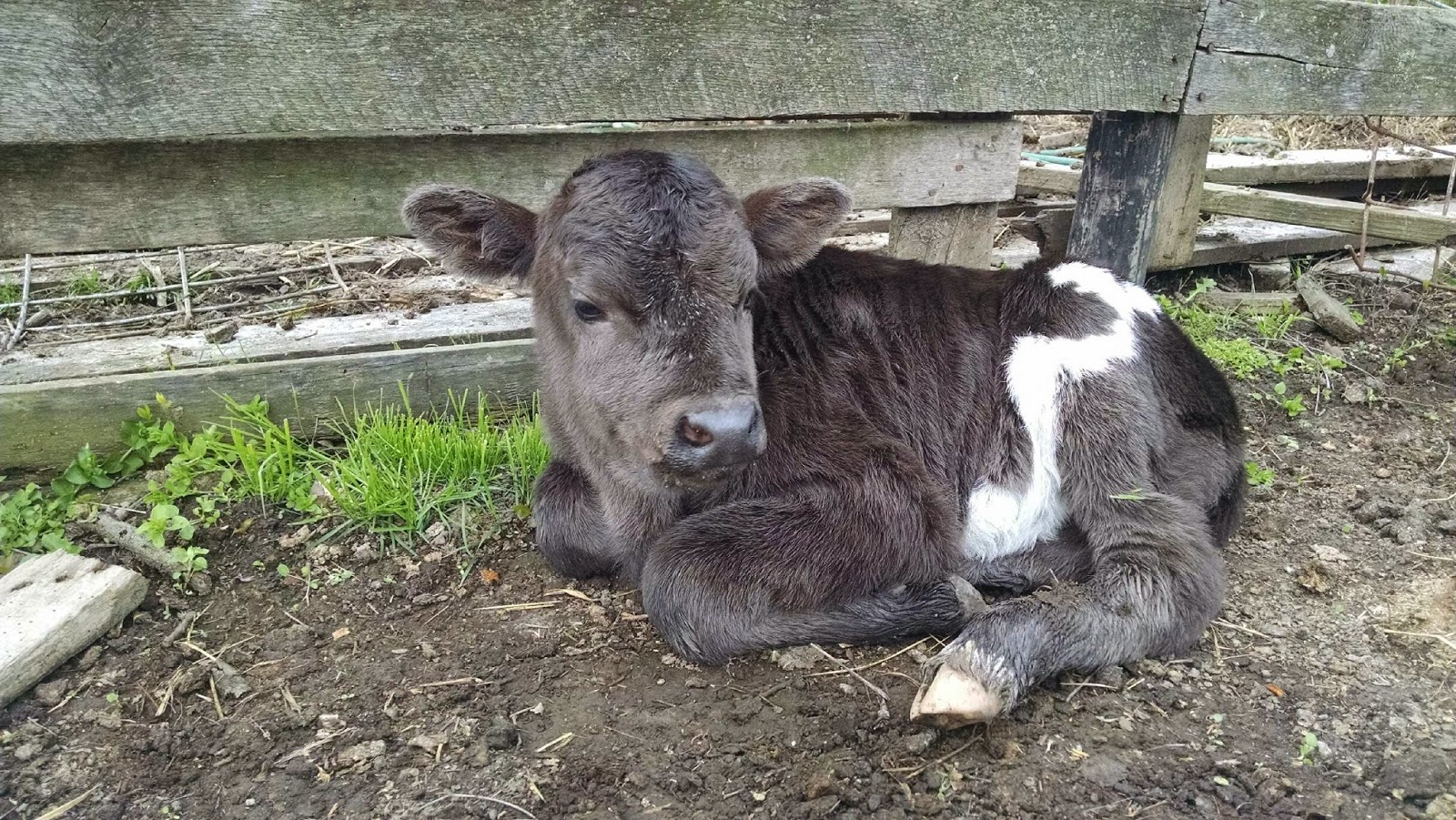 Our cows have been getting out of the fences all week.  It's like the saying goes, "The Grass Is Always Greener On The Other Side Of The Fence."

Spring on our Farm

There is a lot of maintenance to do on a farm in spring, such as getting out the equipment and servicing it.  We also worm cows, spread manure, check fences for winter damage, and overseed pastures. A lot of planning goes into farming.


My favorite thing about farming is it teaches you to work hard and
to have a good work ethic.