Happy Thanksgiving from our family to yours! 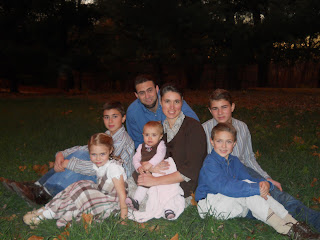 Last night we loaded the chickens in the stock trailer for this morning's delivery.  Since they have to be at the butcher early in the morning, we lessen everyones stress by preparing the night before.  Already our second batch is being processed and will be ready for pickup tomorrow.  Our boys are glad for a few less chicken chores as the days are getting colder.  It is more pleasant to do chores when it's warmer.  The chores won't take quite as long only having the layers to feed and water.

We delivered whole chicken and whole chicken cut in pieces to Java Jo'z in Lafayette so you can pick up some easily as you get your chai or latte' for the day!  It is our goal to make it hassle free for you to buy our healthy, farm-raised meat.  We would love input in ways to accomplish this to fit your schedule.  Share your ideas in the comments below, and we will do our best to accommodate you.  May you count your many blessings this Thanksgiving season!
Posted by Mark at 2:40 PM No comments: 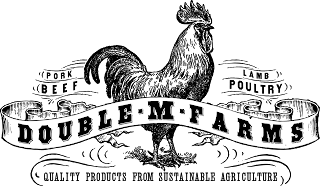 Our good friend, Nathan Wright, designed our new logo.  We love the new look and hope that you do too.  We wanted a logo that reflected days gone by......when farming was less industrialized & competative, when things like helping your neighbor was important, taking time to drink iced tea on a hot summer day under the shade of the maple tree, when dad and mom worked directly with the children, and when food products had superior flavor and were produced for quality instead of quanity.  These are some of our goals, and we hope that you too can experience some of the blessings that came with the  "good ole' days"!
Posted by Mark at 9:41 PM No comments:

NEW YORK:  The latest hot trend in food retailing is local foods.  This trend toward eating as close to home as possible has grown to a $5 billion business in 2007 and is projected to grow to $7 billion business by 2011 according to Local and Fresh Foods, a new report from market research publisher Packaged Facts.  This market is being driven by food safety issues and America's awakening "green" culture the researchers said.  New trends include "food miles," "the Slow Food movement," and "locavores" a term used by Michael Pollan's best-selling book The Omnivore's Dilemma.  "Restaurants, value channels such as drug stores and convenience stores, and even academic foodservice venues are tuning into the fresh and local consciousness that is taking hold in America," said Don Montouri, the publisher of Packaged Facts.  He said the movement is growing beyond fruits and produce into locally produced meats, fish and baked goods.
Posted by Mark at 10:39 AM No comments: